They are wonderful creatures, those big and funny puppets from Duda Paiva Company. They really seem to be alive, have fantastic antics and can dance and sing too. They come to the theaters together with Jong Nederlands Blazers Ensemble. That is promising! The Fairy Queen is the winter outing for children from 8 years old and parents and grandparents are also guaranteed to be impressed by this semi-opera for the youngest.

Shakespeare’s Midsummer Night’s Dream about Titania, Oberon and their longing for real love is given a contemporary and above all stubborn twist in The Fairy Queen. A warm, festive winter fairytale for the whole family with unfathomably beautiful and moving music by Henry Purcell played by jongNBE and the strikingly absurd, comic universe of Duda Paiva Company.

This performance is the family version of the eponymous The Fairy Queen for adults, a special collaboration between Duda Paiva Company (DPC) and Nederlands Blazers Ensemble (NBE), about which both the public and the press were extremely enthusiastic.”The enormous pleasure with which all players plunge into the farcical story inexorably takes over the audience.” De Volkskrant wrote in a four-star review at the time. Reason enough for this special children’s version, now together with the talented musicians of jongNBE – some already finished, others still in the middle of their studies at the Dutch conservatories.

Press responses to The Fairy Queen in the great hall:
“The astonishing thing about the performance is primarily in the puppeteers. “ – de Volkskrant ★★★★

“Despite the dark references, the performance is also suitable for children. The Fairy Queen spoils the eye and the ear.” – Theaterkrant ★★★★

“You are face to face with a puppet, you see the performer crouching behind it and yet you believe that you see Puck laughing. It is a performance to enjoy.” – Haarlems Dagblad

A co-production of the Nederlands Blazers Ensemble and Duda Paiva Company. Made financially possible by the Dutch Performing Arts Fund, the Amsterdam Fund for the Arts and the Municipality of Amersfoort. 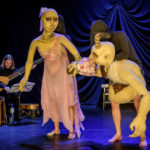 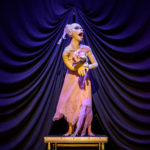 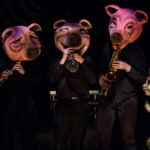 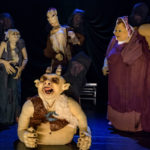 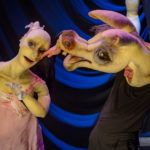 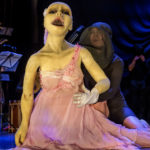