DingDong is a compact relationship fuck-up, Gummbah cartoon and tragedy all in one.

Helga and Peter are a good couple, who live efficiently alongside each other. They are modern, successful and have the idea that they have found the ultimate form of society: their world is “finished”. When Helga begins to ask questions – to herself, about the world in which she lives and about her relationship with Peter – routine love turns into an epileptic machinery.

While Peter and Helga are the devils in their own hell, the puppets are their hesitant, human counterparts. What has been unsaid for a long time now finds its way out in unfiltered images and words.

In DingDong the subconscious fights with the conscious, images with words, civilization with a raw urge to survive and the absurd with reality.

"The texts by Ko van den Bosch and Rik van den Bos are both funny and touching."

"The puppets are accurate in their functionality and form credible characters."

"DingDong is a relationship drama overflowing with frustration and madness." 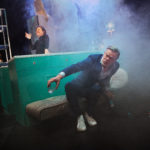 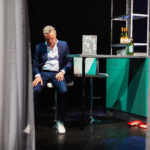 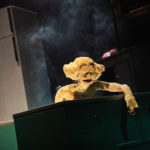 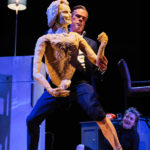 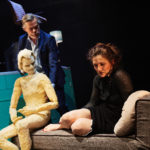 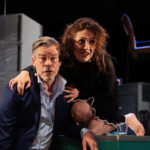 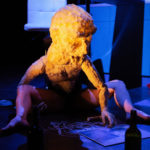 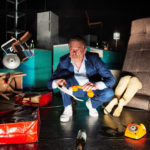