What strange creatures the puppets of Duda Paiva are! They have funny heads. They have wings and tails but also arms and legs… what are they? Animals, humans, or both? And they look so sweet and touchable… but are they?

Luckily, Narcissus controls the Monsters and he is showing his audience all the tricks he taught them: a somersault, a dance, a song and even how to fly! But Monsters hate to do these tricks. That’s why they rise against him and you begin to ask yourself, who is the real beast here? One thing is clear in this ongoingly changing slapstick performance: what you see is not what you get.

Duda Paiva about his youth performances:
“This cross-over between dance and puppetry resembles the world they know from comics, video-games and animation movies. And suddenly this world appears on stage, almost touchable and becomes creepy real.”

“Monsters balances extremely nice on the borderline between completely real and obviously fake.”

"The monsters in this show are a metaphorical expression of our fears, strikingly made of specific materials that shape creatures between humans and animals. These puppets are sometimes charming and loveable, and other times wicked, which builds strained stage relationships, with constant change of attraction and repulsion. The relations between the animators and the puppets are set as particulary challenging. Performers occasionally get out of the roles, flirt with the illusion of representation, but also with the meanings of the monsters, and their game is truly virtuous, between drama, dance and acrobatic expression." 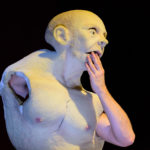 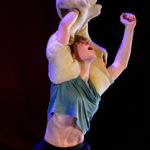 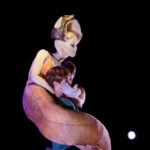 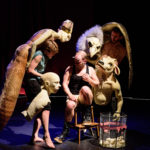 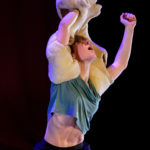 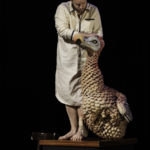 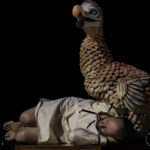 Bookings in The Netherlands and Belgium: info@frontaal.com