“I found pain in the light, and beauty in darkness.”

In this new solo work renowned dancer/puppeteer Duda Paiva draws on his childhood, during which he suffered an illness that blistered his body and left him temporarily blind. His surreal path to healing involved both shamanic and western medicine. BLIND transforms this experience into a metaphor about disability, rejection, and resolution. Often interacting with the audience, it is funny as well as moving. Never didactic, it finds the political through intimacy, woven into a rich theatrical tapestry of dance, puppetry, adaptations of Yoruba songs from a unique Afro-Brazilian subculture, and driving forces of sound and light.

"In Blind Duda Paiva dances with his demons (…) The man might have been distorted, repulsive – but he is not. When he dances, he looks more like an asymmetrical Hieronymus Bosch (…) powerful choreography and direction (…) strongly supported by soundscape and decor (…) beautiful puppets from grotesquely realistic to almost abstract (…) they remind you of portraits by Marlene Dumas.”

"Duda Paiva captures the audience (…) with bated breath the audience follows the gestures of this genius puppeteer (...) he lets his foam puppets foam dance, sing and let them fight to the death (...) the magic reigns."

"I was reminded of the ugliness / beauty, good / evil, lumpy / flat dichotomies we try to negotiate on a daily basis. There is piece of mind in knowing the only thing to do is to hold them tight in an awkward embrace as we blindly dance through life.” 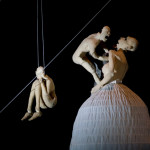 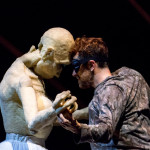 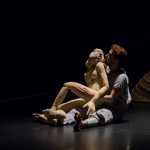 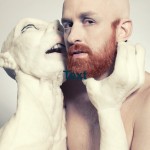